Year 2 boys were eager to share their independent writing with me. The sight of 8 focussed Year 2 pupils, who have all worked so hard to improve their writing this year, was truly wonderful. 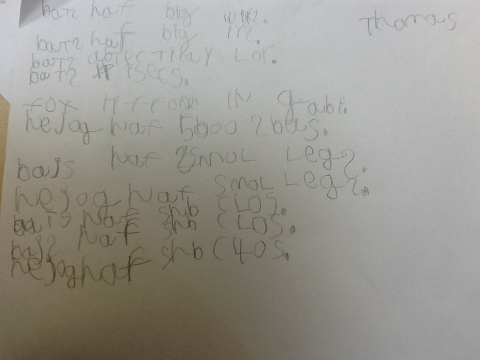 Both Liam and Cameron showed really potential, with their basketball shooting practice.
The nets were significantly higher than both of them but that did not stop them hitting the target.

They have asked if they can start a basketball club. Would anyone be interested in this, if Mr
Horsley helped them?

I can see some budding Hi5 netball players too.
Great enthusiasm…well done! 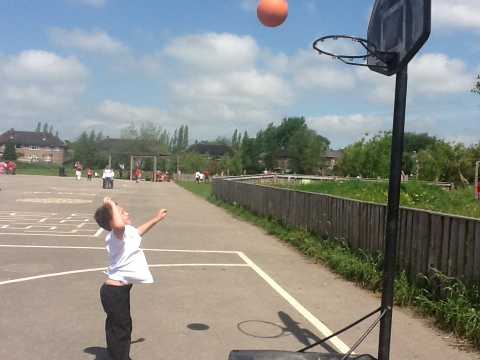 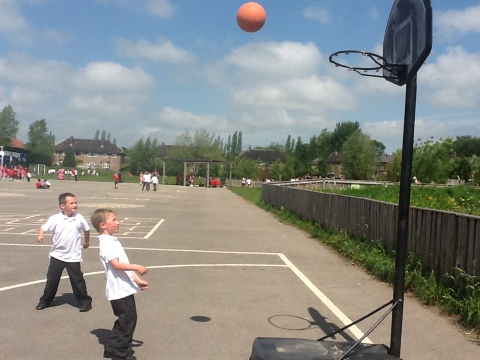 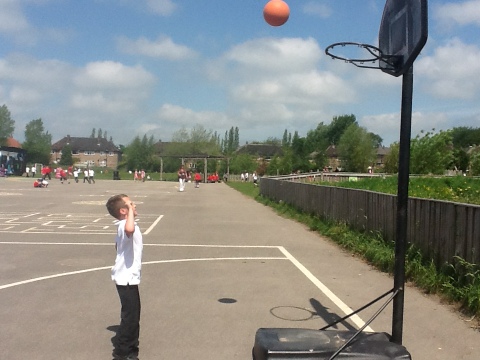